James has appeared over fifty times as a legal expert on NBC, CBS, ABC, FOX, PBS and various cable networks, and has been named in, quoted, or his work referenced in numerous newspapers, including the Arizona Republic, Washington Post, New York Magazine and the Orange County Register.

The county has paid $375,000 to end a federal lawsuit alleging that sheriff’s deputies arrested the wrong man, ordered him to strip naked and beat him while taking pictures with their camera phones.
Read More

On March 17, 2003, President George W. Bush issued an ultimatum to Saddam Hussein ordering him to relinquish his power in Iraq within forty-eight hours or face war.
Read More

A feud between a family and the company that cryopreserved baseball icon Ted Williams began when techs froze only a scientist’s head—and mailed the rest of him back to his son.
Read More

Former BART officer testifies in his own defense

A former transit police officer on trial for the fatal shooting of a passenger at an Oakland BART station took the witness stand in his own defense Thursday, testifying he had little training on using a Taser but was warned of the dangers of confusing it with his handgun — which is what his lawyers insist happened on New Year's Day 2009.
Read More

The e-mail arrived unbidden four years ago, bearing the stamp of a sender whose name he didn’t recognize. All the message said was, “Are you the Lawrence Lessig who went to the Boychoir School?”
Read More

Victim of self-driving Uber accident could be to blame, expert says

PHOENIX — The woman who was hit by a self-driving Uber vehicle this week in Arizona could be blamed for the incident, an expert said.
Read More
Contact James

James teaches the Arizona State Bar Continuing Legal Education courses on legal issues related to emerging technologies. He is a recognized expert on autonomous vehicle laws, unmanned aerial vehicles, and other big-bang technologies and their impact on business and law. He has served on the Board of the Phoenix Committee on Foreign Relations, is an eagle scout, and has started several technology related, businesses.

For Business, For Life ©

James M. Arrowood is originally from Southern California, where, prior to law school, James worked extensively in film and television production, both ‘below the line’ and working his way up to ‘above the line’ status as a production coordinator, and Unit Production Manager, and as talent (he is still an inactive member of the Screen Actors’ Guild).

.
James received two undergraduate degrees from the University of California, Irvine, prior to moving to Indiana to attend law school at the University of Notre Dame, where he was an award winning member of the Jessup International Moot Court Team as well as an Articles Editor on the Notre Dame Law Journal of Legislation, among other honors. In law school, James also studied international law while living in London, England, where he worked as a Parliamentary Assistant in England’s House of Lords, their equivalent of the United States’ Supreme Court.

.
Following law school, James was hired by one of the largest law firms in the world, starting in their Philadelphia office, where he was trained as a ‘Philly Lawyer’ in the firm’s litigation department, while working on product liability litigation and general corporate matters. Transferring to the Washington D.C. Office, James worked on multi-billion dollar, class action/multi-district healthcare litigation, before again transferring back to his home State of California, where he practiced in Los Angeles and Orange County on a variety of corporate matters.

.
James developed a reputation for successfully dealing with very complex factual cases using novel legal theories and approaches, several of which resulted in positive National or International news stories and that changed existing laws in New Jersey, Washington D.C., and California. Following his time in California, James assisted TASER(R) in Scottsdale, Arizona and liked Arizona so much, he decided to stay, where he practiced both in-house and with several small firms before opening his own practice focused on technology and healthcare, then joining together with Michael to start Arrowood Helbert PLLC. James has a well-earned reputation for being a problem solver where the facts and law create challenges for traditional solutions to a problem, and he is recognized for his unique ways of approaching complex issues. 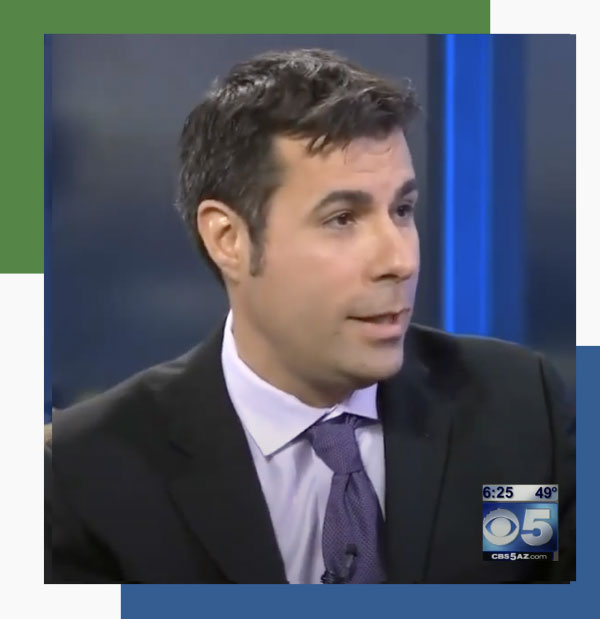 Arrowood Helbert PLLC provides information on its website solely for informational purposes and does not constitute legal advice. The website is not intended to create an attorney/client relationship and the information provided should not be relied upon as legal advice. The determination of the need for legal services and the choice of a lawyer are important decisions and should not be made solely upon advertisements or self-proclaimed expertise. No representation is made that the quality of the legal services to be performed is greater than that of other lawyers. This website is not intended to seek employment in any state or jurisdiction where lawyers in Arrowood Helbert PLLC are not licensed or admitted to practice law or in any state or jurisdiction where this website would be in violation of any requirements concerning attorney advertisements and solicitations. Content, including images, displayed on this website is protected by copyright laws. Downloading, republication, retransmission or reproduction of content on this website is strictly prohibited.